The papers contain correspondence, Mallet’s manuscripts for books and articles, reports as Indian Inspector and Special Disbursing Agent, photographs, research and personal notes, and memorandum as Chief of Bureau of Swamplands.

Edmond Mallet was born in Nova Scotia on November 17, 1842.  In 1849, at the age of 7, Edmond and his family moved to Oswego, New York.  Mallet attended public; English speaking schools, thus losing his connection to his French Catholic heritage for the time being.

At nineteen he entered Law school, but soon after Mallet enlisted in the 81st Regiment of Volunteers from New York to fight for the Union Army.  For three and one half years Mallet remained in the service of the Union Army taking part in twenty-two historical battles.  Second Lieutenant Mallet was critically wounded at the Battle of Cold Harbor on July 3, 1864.  He was hit by a Minnie Ball in the abdomen and spent two months in the hospital recovering from his severe injuries.

After leaving the hospital Mallet was given a double promotion by President Lincoln, raising him to the rank of Major. In 1866 Mallet began working for the Treasury Department in Washington DC.  It was at this time in Mallet’s life that he reconnected with his Franco-American heritage and Catholic faith.  He began researching the lives of Franco-Americans that had a profound impact on the birth of the United States and wrote books and articles on prominent French Catholic Americans.

Due to health reasons Major Mallet requested a transfer out west to work as an Indian Agent.   He began a one year duty as an Indian Agent at Tulalip Agency in Washington Territory in October 1876.  Mallet returned to Washington, D.C. to again work for the Treasury Department from approximately 1880-1887.

Mallet was appointed Indian Inspector and Special Disbursing Agent in the summer of 1888 by President Grover Cleveland.  As Inspector, Major Mallet visited and reported on conditions at one dozen Indian Agencies and Schools.  The majority of the photographs in his collection are taken at the Agencies and Schools.  After one year as Indian Inspector, Mallet was appointed Chief of the Bureau of Swamplands.

According to a memoir of Mallet in the “Catalogue de la Bibliothèque de L’Union Saint-Jean-Baptiste D’Amérique”,  during the forty years that Major Mallet was in Washington, DC, he devoted himself constantly to the multi-faceted interests of his fellow French ancestors in the United States and Canada.

The memoir also states that as a writer, Major Mallet, returned to the faith and tradition of his ancestors, distinguished himself among Catholic historians of the U.S.  He wrote essays on the discoverers, explorers, warriors and French settlers in America.  He collaborated on numerous newspapers and magazines articles in the U.S. and Canada. Mallet was also an active participant in several French-Canadian conventions in Canada and the U.S. All his life Major Mallet passionately loved books.  After the war, he began collecting works that he found worthy of belonging to a special collection.  Mallet’s collection contains materials relating to the French exploration and settlement of the New World, as well as rare documents relating to Native Americans. His collection reflects the two primary interests of Major Mallet: his French Canadian heritage and the integration of New World settlers with existing Native American settlements.

Major Mallet is also known for his friendship with Louis Riel.  Riel was a Canadian politician and founder of the province of Manitoba.  He was also a political and spiritual leader of the Métis people.   Riel was executed by the Canadian government for treason in 1885.  Before his execution Mallet and other supporters of Riel argued that Riel was insane and therefore should not be executed for treason.  Mallet’s correspondence collection includes letters from Riel during the time of his supposed insanity.

Major Mallet worked for the U.S. Government until his death in 1907.

This biographical note will be added to as more information is gathered by the processer of the collection. 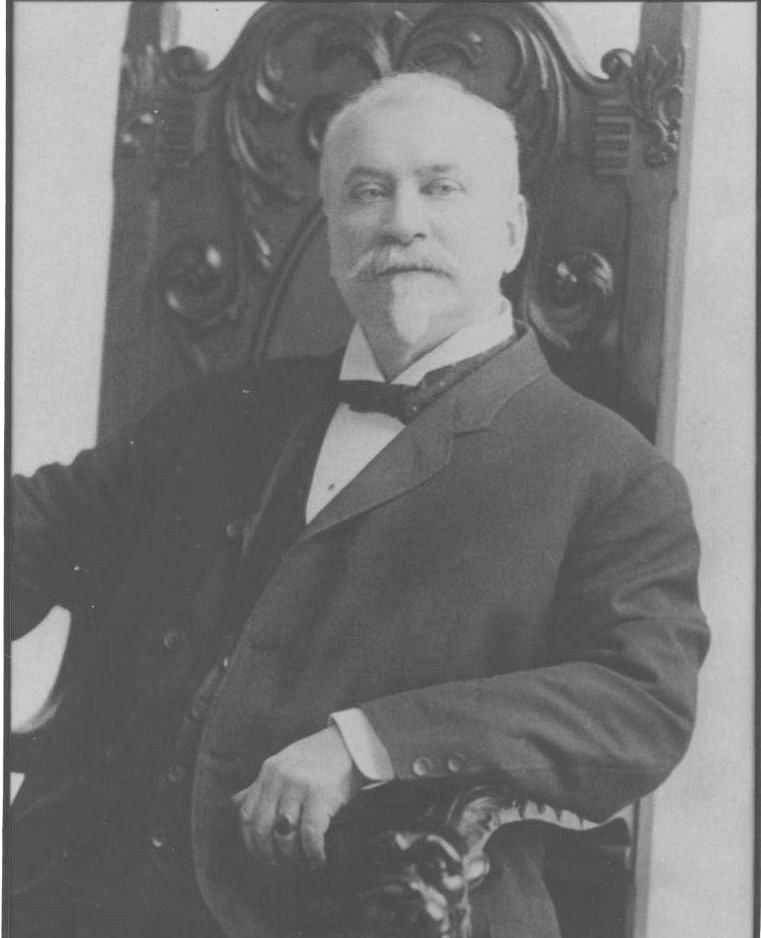