This guide was designed to inform researchers of unique materials available in the Emmanuel d'Alzon Library at Assumption University.  Assumption University, founded as Assumption College in 1904 by the Augustinians of the Assumption, a religious congregation founded in France in 1850. Initially, the students were sons of immigrants from French Canada who had settled in New England. The university taught French culture and the French language to New England boys from French-speaking homes.  Through the years of the Great Depression and World War II, Assumption remained a small school dedicated to producing a Catholic elite to serve the Franco-American population of New England.  Although Assumption University has changed tremendously since these days, its connection to the Franco-American population is a vital piece of our history.

The Union Saint-Jean-Baptiste d’Amerique (USJB) was founded on May 7, 1900 in Woonsocket, RI. The USJB was a fraternal organization for Franco-Americans living in New England, and other states with large Franco-American populations.  The USJB promoted the social and moral welfare of its members, helped their sick and poor members, as well as the relatives of deceased members.  According to Dr. Claire Quintal, founder of L'Institut Francais, the goal of the USJB was to “…unite these immigrants, scattered far and wide -- and who now chose to call themselves Franco-Americans – in a society whose goal was to protect all those who became members and to promote their welfare.”   Quintal, Clair, Looking Back - Forging Ahead: a Centennial History of the Union Saint-Jean-Baptiste d'Amerique, 2000, pg.4,

Assumption University has enjoyed a long-standing relationship with the USJB.  The USJB provided monies for the construction of the university's La Maison Francaise building in 1955, and their funds had an instrumental role in the creation of the University's Institut Francais. In 1991 the USJB merged with Catholic Family Life, now Catholic Financial Life

In 2004, the d'Alzon Library recieved the Mallet Library from the USJB, a collection of 6,000 volumes of books, research studies, French literature and other materials about the French and Native Americans in North America.  This collection was gathered by Civil War officer and prominent Franco-American, Major Edmond Mallet.  Learn more about Major Mallet and his library through the Digital Exhibit .

The archives of the USJB on which this LibGuide focuses, were donated to the d'Alzon Library over the next several years. It is an eclectic collection of materials relating to Franco-American life in New England, as well as other states in the country.  The archives contain the history of the founding of the USJB and documents the many cultural events and gatherings sponsored by the USJB for nearly 100 years. Types of materials include print and microfilm newspapers, scrapbooks, photographs, medals and family histories.

Although the Collections are not fully processed, this guide will provide information on the materials while we continue to arrange and describe these important and often unique resources on French Canadian and Franco-American culture. 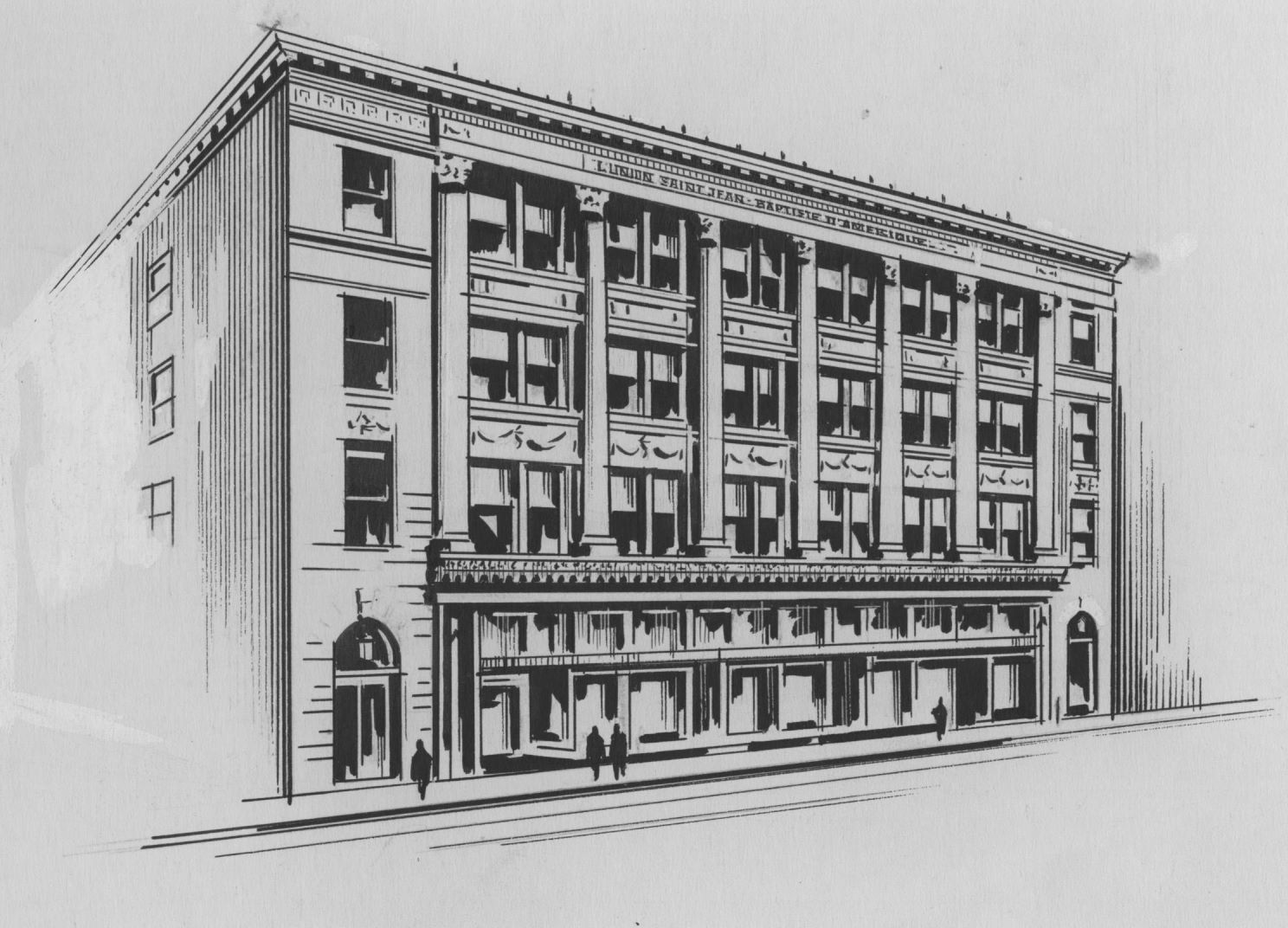