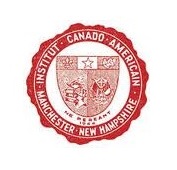 Other Storage Formats: none

Provenance: The Association Canado-Américaine [ACA] was founded in 1896, and incorporated in 1897 in Manchester, New Hampshire. Throughout this period the archives of the ACA were stored in a bank vault of St. Mary’s Bank (Banque Ste.-Marie), in Manchester, NH. The archives of the ACA were acquired by the French Institute in 2010. The collection was loosely processed in 2011 and was stored in the Founders Building Subbasement until 2019, at which time it was moved to La Maison Française.

Ownership and Literary Rights: The Association Canado-Américaine Archive is the physical property of the French Institute, Assumption University. Literary rights, including copyright, belong to the authors or their legal heirs and assigns.

Scope & Content: The ACA Archive encompasses the life of the organization, and sheds light on many aspects of its 100+ year history. Regarding its general history, the ACA Archive consists of records about key anniversaries, directories, and videos of various events and reports. Most notably, there are records related to the 1946 unsuccessful attempt by ACA staff to unionize under the auspices of the C.I.O. Meetings of key groups including the Haute-Cour, Cour Supréme, and board of directors are extensively represented, albeit with gaps in the 1930s and 1990s. The conventions/congresses of the ACA are also well documented. The conventions’ records are not consistent, but often include meeting notes, speeches, banquet records, district activities, credential letters, correspondence, and news clippings. The 25th, 26th, 29th, and 30th conventions are not represented in this collection. The ACA Archive also contains an interesting assortment of medals, ribbons, and pin bars that were worn by convention attendees, as well as general members. Medals, ribbons, and two functioning embossers from the Institut Jacques Cartier, absorbed by the ACA c. 1967, are also included. Lastly, the Archive contains videocassettes of the television program Bonjour!, produced in Manchester, New Hampshire, and broadcast in French, 1987-1990s.

Organization: The records of the ACA are organized into four series: