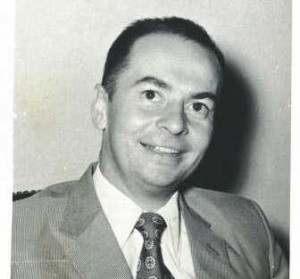 Access: Materials are available to researchers without restriction unless otherwise noted. A printed finding aid is available upon request.

Separated material: Chassé’s published works, as well as books donated by him to the French Institute, are cataloged separately, and can be located through the Assumption University Library

Access Conditions: With permission during hours of operation or by appointment.

Rights & Reproduction Status: Reproductions many not be published in whole or in part, sold or given away without written permission.

To a large extent, the collection reflects his interest and endeavors in the study of Francophone culture, education, and literature. There are also records relating to the Société Historique Franco-Américaine and other French-Canadian and Franco-American organizations, as well as documents from Chassé’s tenure as project director for a Title IX (ESSA) Grant for the implementation of a Franco-American ethnic heritage program.

Other material of note is correspondence, photographs, and writings from Chassé’s travels to Asia and Africa while on a Fulbright Scholarship from 1956-1959, as well as a multi-volume journal dating from 1963 until 2007.

Dr. Chassé spent most of his career (1965-2002) at Rhode Island College where he was Professor of French and Franco-American Studies. He published several books, numerous articles, essays, and poetry. He wrote and published in both French and English, writing frequently for the journal Le Canado-Américain, and the Franco-American newspaper Le Travailleur, published in Worcester, Ma.

Dr. Chassé was the recipient of a number of awards including a Fulbright Grant in 1956, Chevalier dans l’Ordre des Palmes académiques in 1970, the Prix Champlain in 1971, and the Médaille d’argent du Bicentenaire in 1976. He was an active and long-time member of several notable Franco-American societies including the Association Canado-Américaine, the Société Historique Franco-Américaine and Le Conseil pour le développement du français en Nouvelle-Angleterre.

Dr. Chasse died at home in Somersworth, New Hampshire on March 26, 2008. His papers were subsequently donated to the French-Institute at Assumption College.

This series consists of published and unpublished writings by Paul Chassé.  It includes a collection of his published articles, manuscripts of his publications, and unpublished materials.  There are manuscript books, articles, essays, poetry, and short stories, composed primarily in French.  The bulk of the series consists of unpublished and sometimes undated notes, short stories, memoirs, and public presentations.  The series also contains writings by others, including colleagues and former students.  Of particular note are two unpublished manuscripts of Franco-American poetry collected and partially edited by Chassé.

This series consists of material from Paul Chassé’s teaching career spanning over four decades, primarily at Rhode Island College. Included are student papers, many in French, from courses and seminars on France in North America and Franco-Americans in New England.  There are also files relating to Chassé’s work as Project Coordinator for a French Ethnic Heritage program implemented in 1976, as well materials relating to his interest in bilingual education.

Paul Chassé was involved in many important Franco-American and French-Canadian educational and  cultural  associations such as the Council for the Development of French in New England (CODOFINE), American Council on the Teaching of Foreign Languages (ACTFL), Comité de Vie Franco-Américaine (CVFA), Societé Historique Franco-Américaine (SHFA), and the Union Saint-Jean Baptiste d’Amérique (USJB) This series is divided into records and materials of such organizations both inside and outside of New England, as well as Chassé’s involvement with other professional organizations.

This series contains files of clippings, notes, photocopies, and annotated material primarily on Francophone history, culture and migration.  It also contains files on persons of significance in Francophone culture including many of Chassé ‘s Franco-American contemporaries.

This series consists of a diary (Journal Intime 1963-2006) in 41 bound volumes written in French. It also contains vitas, resumes, datebooks, and articles by or about Chassé in the press, citations, awards, and prizes. Bound volumes are shelved separately.

This series contains photographs of Chassé , including early, family, and travel photos, as well as photographs relating to his professional life. Of particular note are photos which Chassé either took or collected from his trips to Southeast Asia and Africa while on a Fulbright Scholarship from 1956-1959. Many photographs remain unidentified.

This series consists of 37 reels of the professionally produced television Program L’Heure Fauve,produced by the Television Network of  New Hampshire and hosted by Paul Chassé (1969-1970?).  Also included are visual recordings of three Franco-American conferences and other identified media.