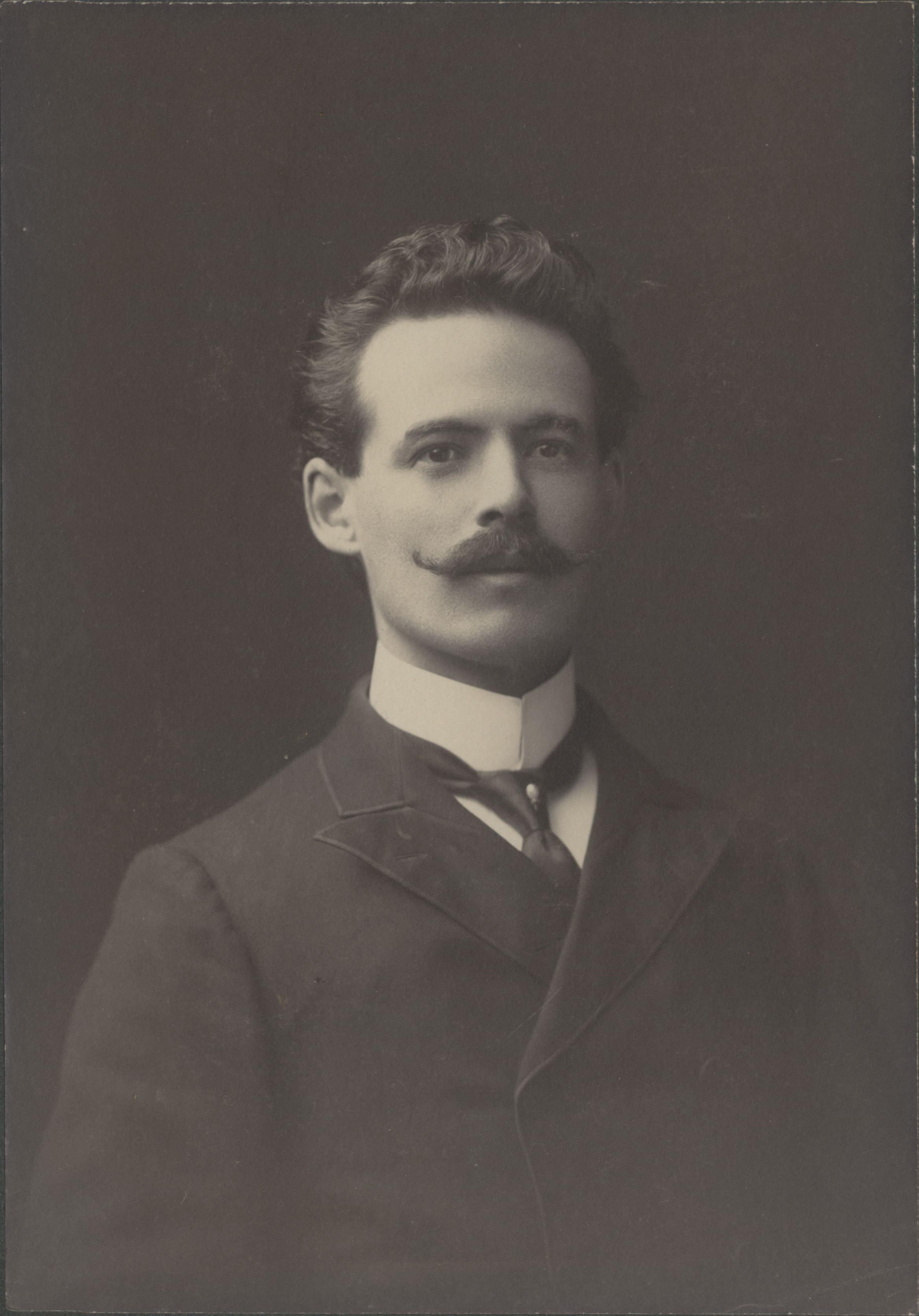 Access: Materials are available to researchers without restriction unless otherwise noted.

Separated material: The diaries, the clippings, the photo frames and the oversized documents are stored separately and can be made available upon request. (SS, Shelved Separately)

Additional Information: The Dr. Daudelin collection has materials related to the Félix Gatineau Collection. Dr. Daudelin’s wife, Béatrice Daudelin, came from the family Tougas a prominent family in Worcester with ties to the Rocheleau family. Further documentation on the Tougas Family Association is available in the Rochelle Collection.

Scope and Content: These are papers that belonged to Dr. S.-A. Daudelin and some documentation concerning the exhibit that was presented in honor of Dr. Daudelin. There are documents from his university years in Montréal as well as a many documents concerning the Bordeaux Exposition in 1907. There are also correspondences with various political figures.

Born in Sutton, Québec in 1870, Dr. Daudelin was one of five children of Casimir Daudelin and Flavie Thibault, Sister of the renowned Québec orator and lawyer, Charles Thibault. In 1895, Daudelin finishes his medical degree at Université Laval in Québec City. He then starts to practice medicine in Fort Kent, Maine. He stayed in Maine for a short period of time before moving to Worcester, Massachusetts in 1898 where he sets up his own medical practice. In 1903, Dr. Daudelin officially becomes a US citizen. Dr. Daudelin starts to implicate himself in the Franco-American community as the secretary of organization of a commemorative ceremony in honor of Ferdinand Gagnon, “the founder of Franco-American journalism” as well as a leader in the mouvement to encourage Franco-Americans to become US citizens (like Dr. Daudelin). Then in 1907, Dr. Daudelin is named High Comissioner of the United States to the International Maritime Exposition in Bordeaux, France, by President Theodore Roosevelt.Upon returning from the exposition in France, he advanced his medical career, specializing in the eye, ear, nose and throat. At 64 years old, he marries Béatrice Tougas a cousin of the Rocheleau Family of Worcester. A mere nine years later, Dr. Daudelin died suddenly in Montéal.

Before processing the collection, there was an exhibit at the French Institute in order to honor Dr. Daudelin and the generous donation that his wife made to the Institute. There are handouts from the exhibit and notes from Dr. Quintal.

These are Event programs from his university years in Montréal as well as from various Franco-American gatherings. The majority of documents however come from his activities at the Bordeaux Exposition in 1907.

This series contain a various ensemble of documents. Amongst his writings, there are his speeches and the text entitled “Antichrist”. The rest of the documents concern all aspects of Dr. Daudelin’s life and work from his university years up to the 1930’s.

The photos stored with the collection represent a small portion of the all the photos in the collection. There are 7 frames that include more photos. The portraits are both of professional and personal nature; many come from the 1907 Bordeaux Exposition.

There are three legal sized diaries that are dated from 1893 to 1897 and cover the time that Dr. Daudelin spent at university in Montréal.

The French Institute follows the academic calendar of Assumption College. Exceptions to our regular hours may be found here.

The French Institute has relocated from its longtime home on the 3rd floor of the d'Alzon Library.

The Institute is now located on the 3rd floor in La Maison Française.

For reasons of preservation, the French Institute Collection does not circulate; however, non-rare materials are allowed to circulate through the d’Alzon Library or inter-library loan with the director’s permission.