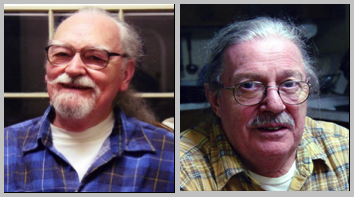 Access: Materials are available to researchers without restrition uless otherwise noted.  A printed finding aid is available upon request.

Separated Material: Unpublished works and translations by the Christian Brothers are cataloged separately and can be located through the Assumption College Library Catalog.  Keyword:  "Christian, George"

Access Conditions: With permission during hours of operation or by appointment.

Rights & Reproduction Status: Repoductions many not be published in whole or in part, sold or given away without written permission.

Scope Note: The collection can be surveyed in two parts. The first consists of material published by the Missions Étrangères de Paris, also known as the Paris Foreign Mission Society collected and translated into English by George E. Christian O.P. and his brother Richard. These are biographies and letters of French missionaries and martyrs to Asia during the 16th, 17th and 18th centuries and in some cases, are the only translations available in English. Also included is correspondence between the Christian Brothers and members of the Society on matters of translation, issues from the society’s journal, other unpublished translations and some ephemera. The remaining papers of the Christian Brothers collection are largely personal including correspondence, family histories, genealogies, travel memoirs and ephemera.

Biographical Note: George E. Christian, Jr. and Richard L. Christian, also known professionally as the Brothers Christian or les frères Christian, were born and educated in Woonsocket, Rhode Island. They attended Assumption Prep in Worcester, MA and received their B.A. from Providence College. George Christian, an ordained Catholic priest, also has an Ed.D in Counseling and School Psychology from Boston University. Richard, who passed away in 2013, earned an M.A and M.Ed. from Harvard University. The Christian Brothers' translations and genealogical research has been disseminated to various individuals and societies. The French Institute has been the recipient of the bulk of their collection.